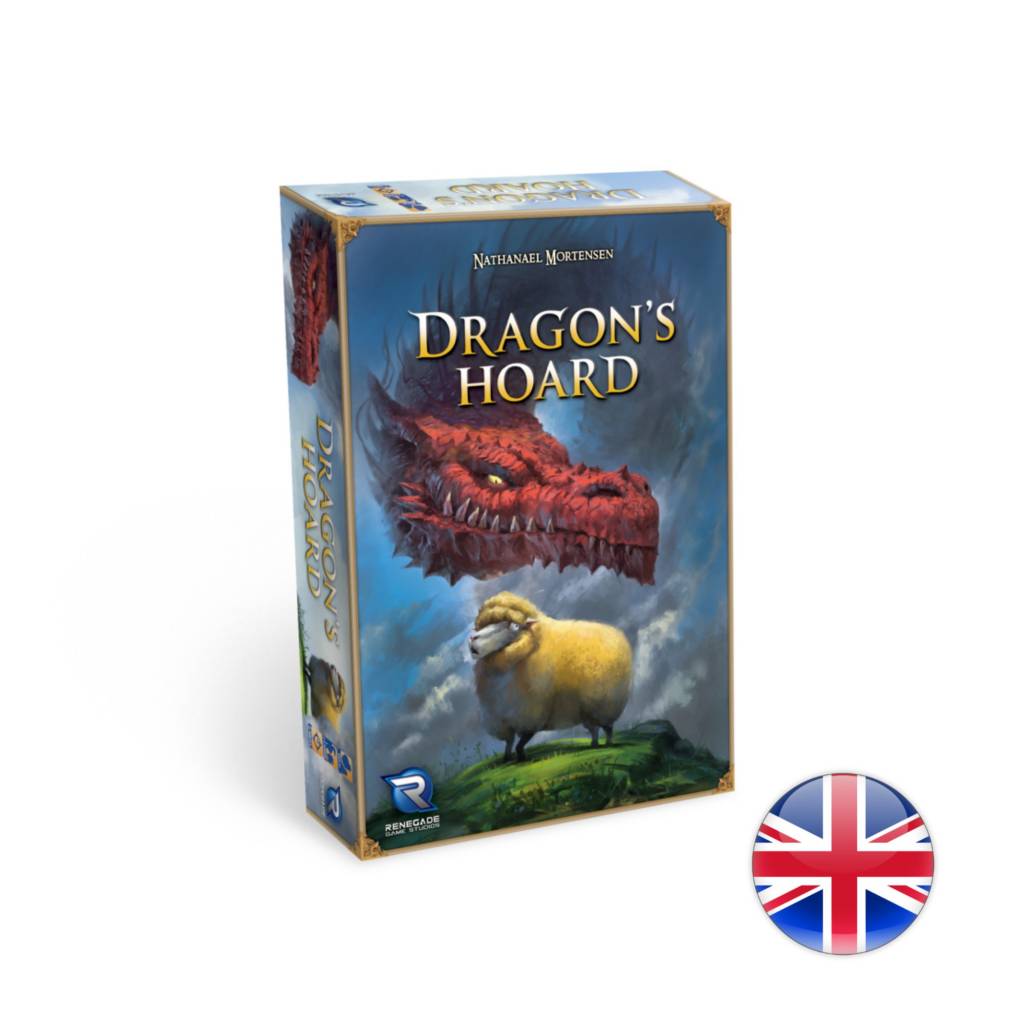 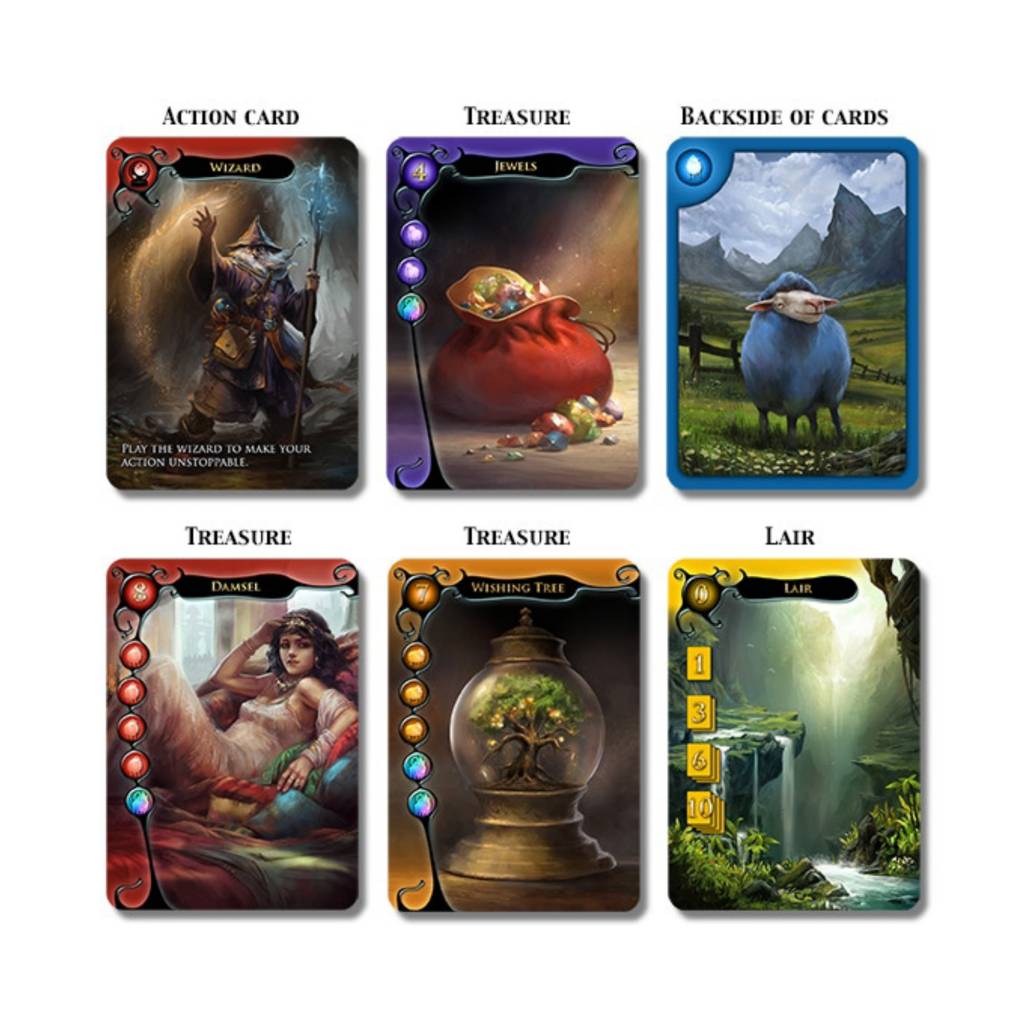 In Dragon's Hoard, each player plays a dragon hunting for treasure. Collect sheep from the farmer's fields and use them to buy treasures, but watch out!