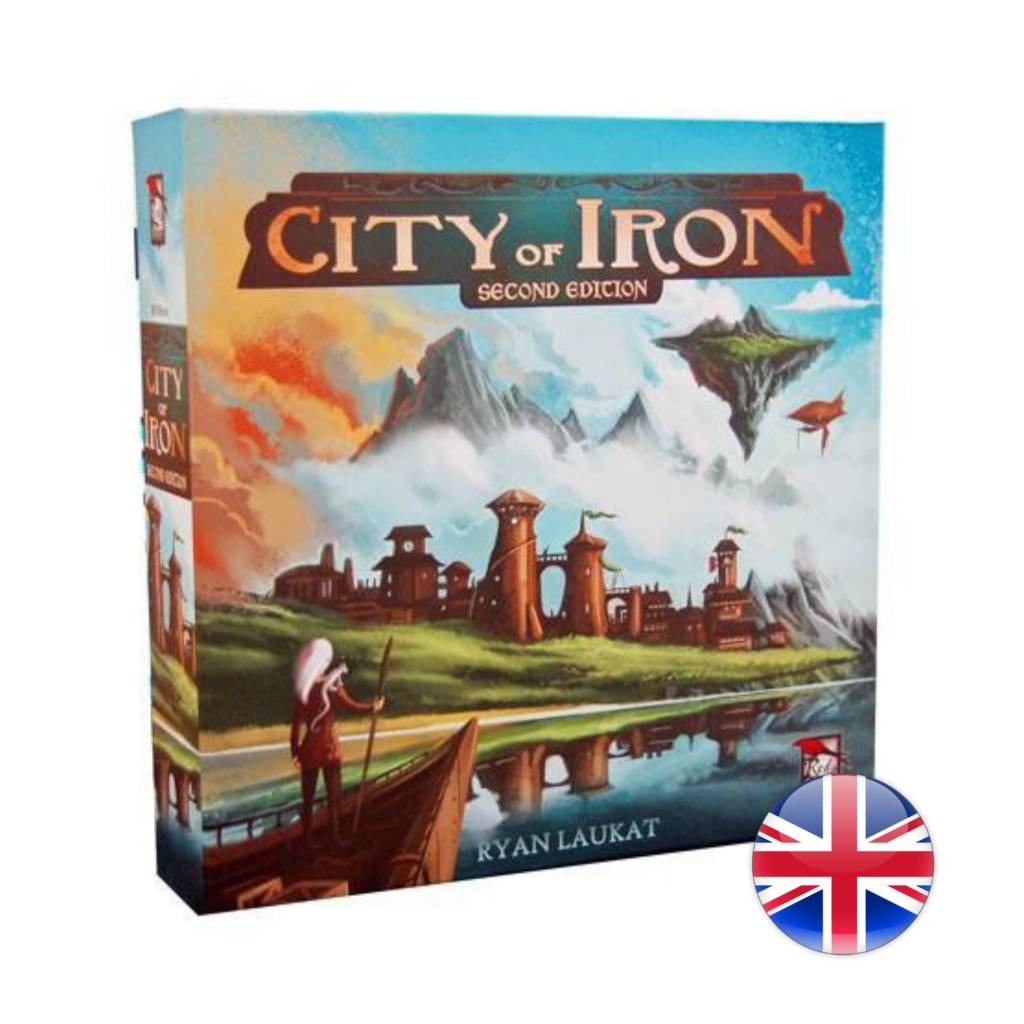 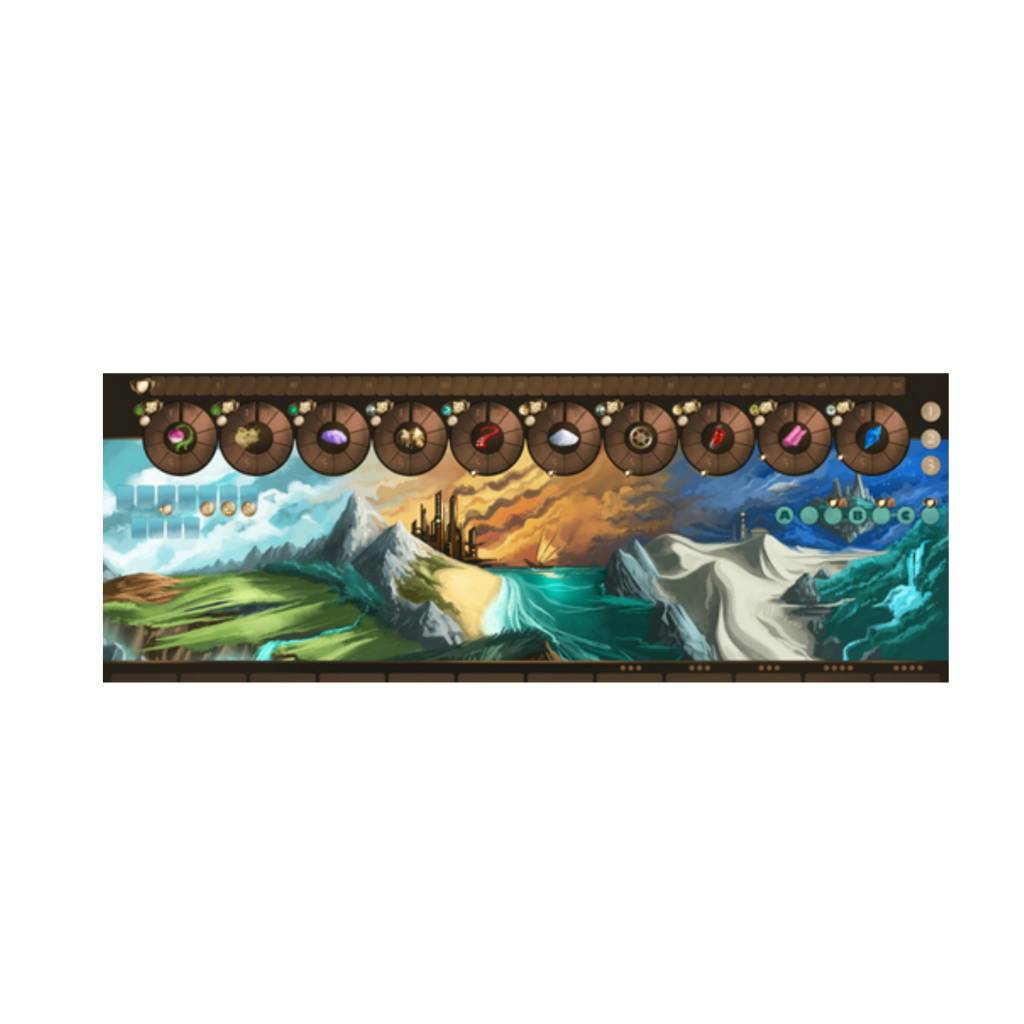 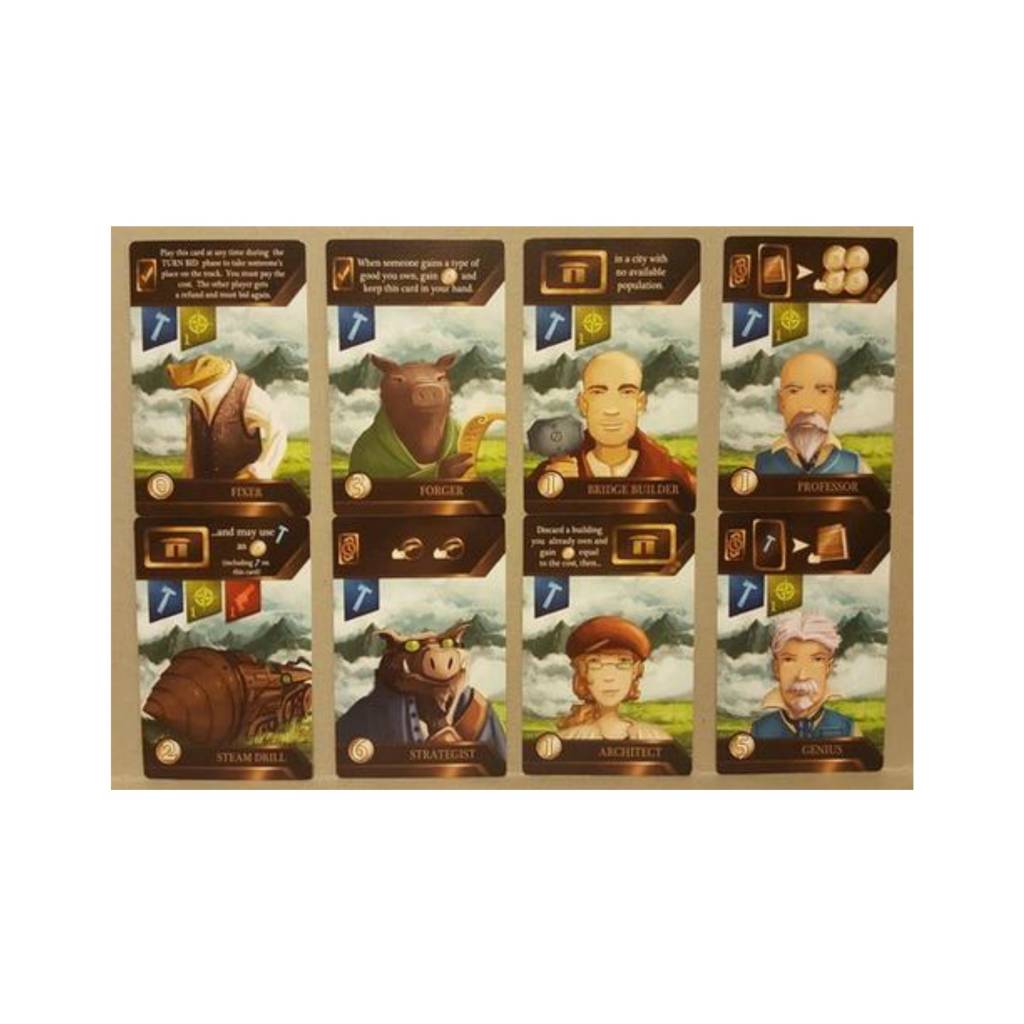 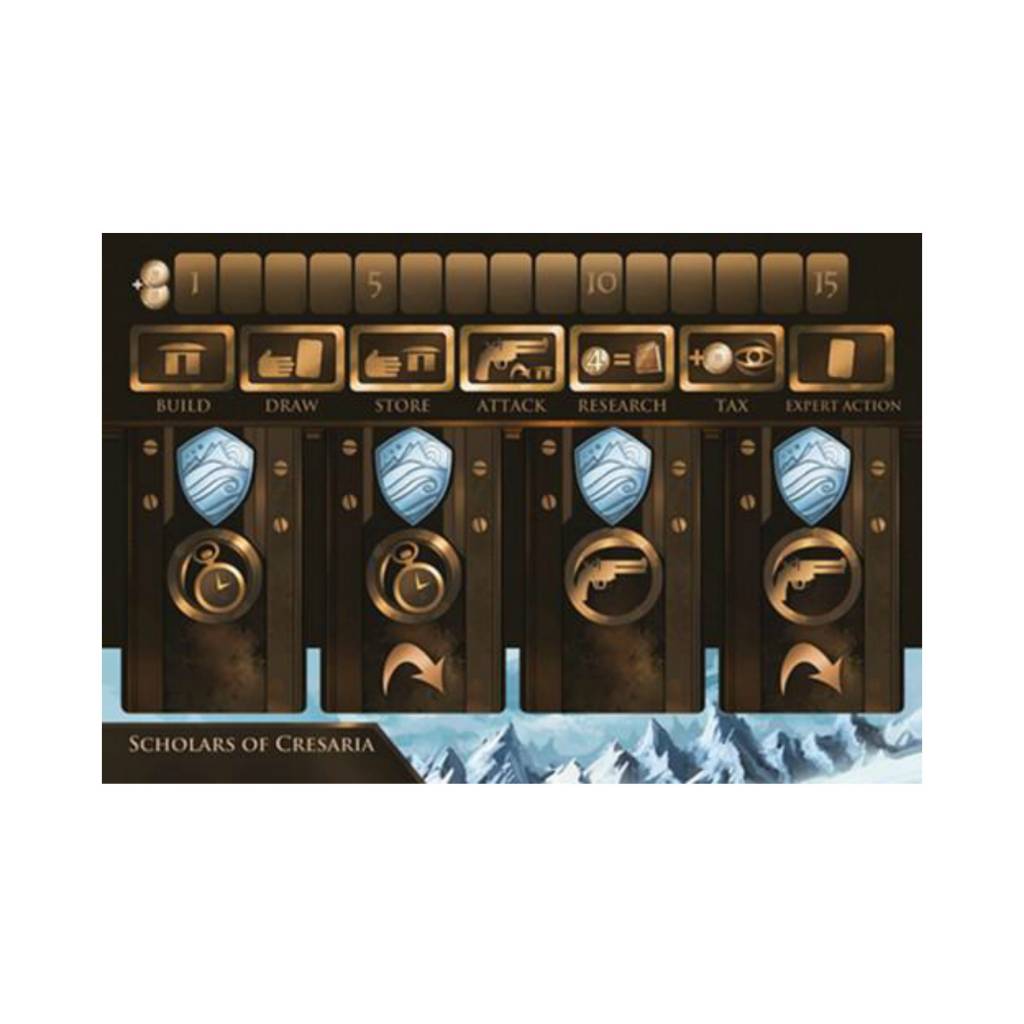 In City of Iron, 2-4 players compete to build up a small nation in a world of machines, magic, and money. Become the leader of one of four rival nations: the industrious humans, the toad engineers, the scholarly Cresarians, or the clever hogmen.