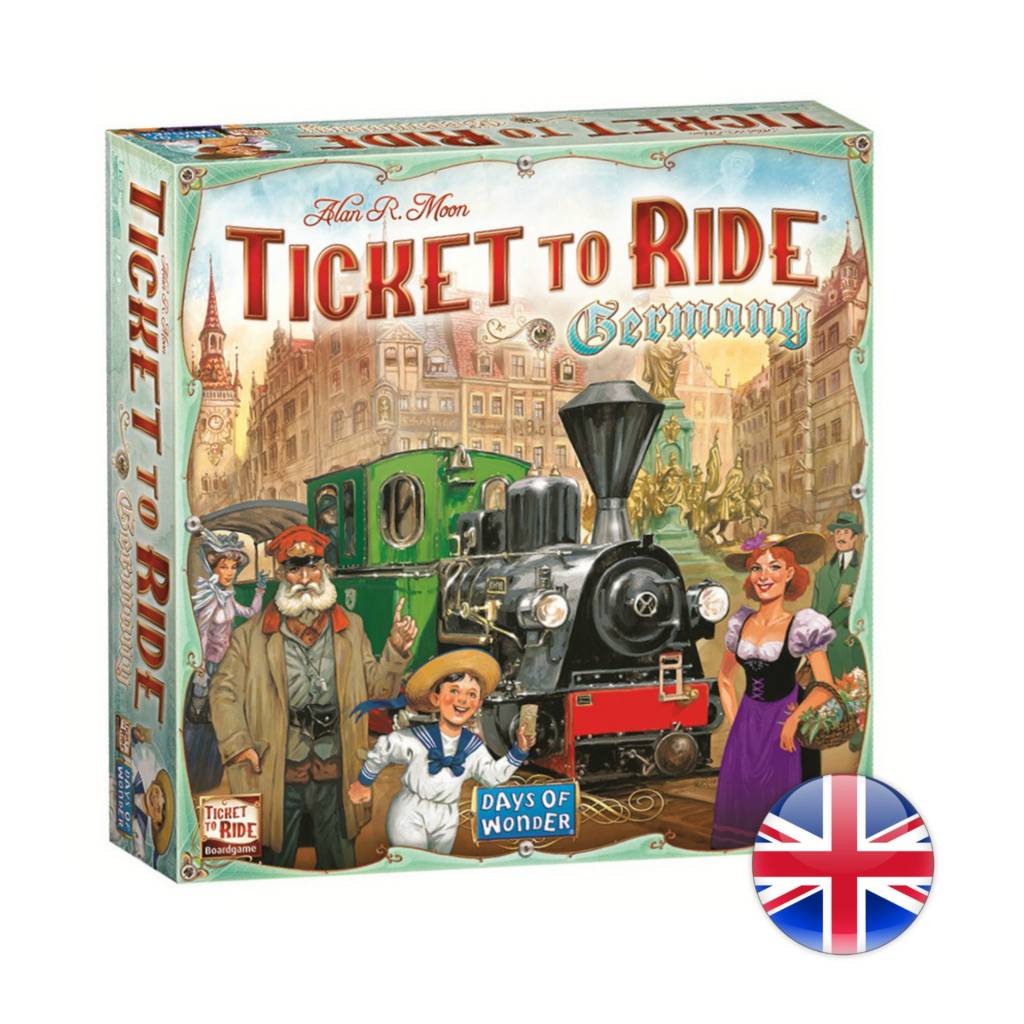 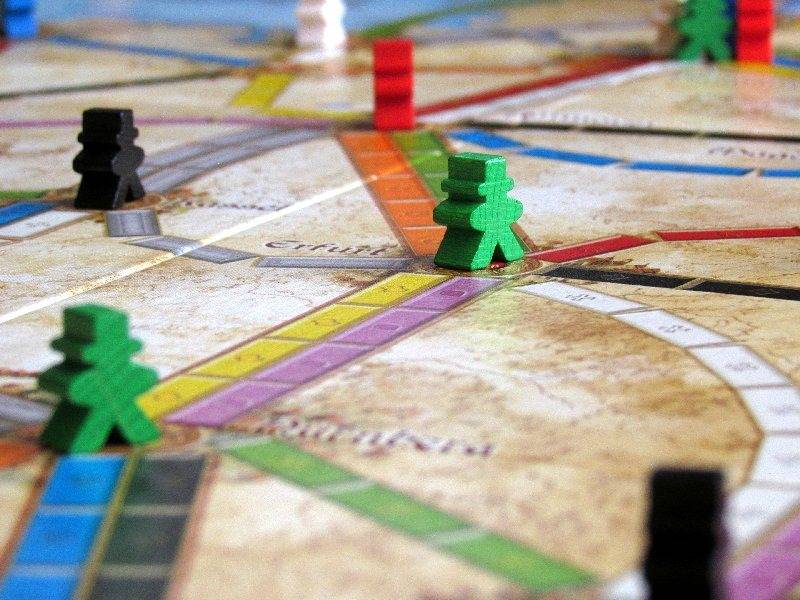 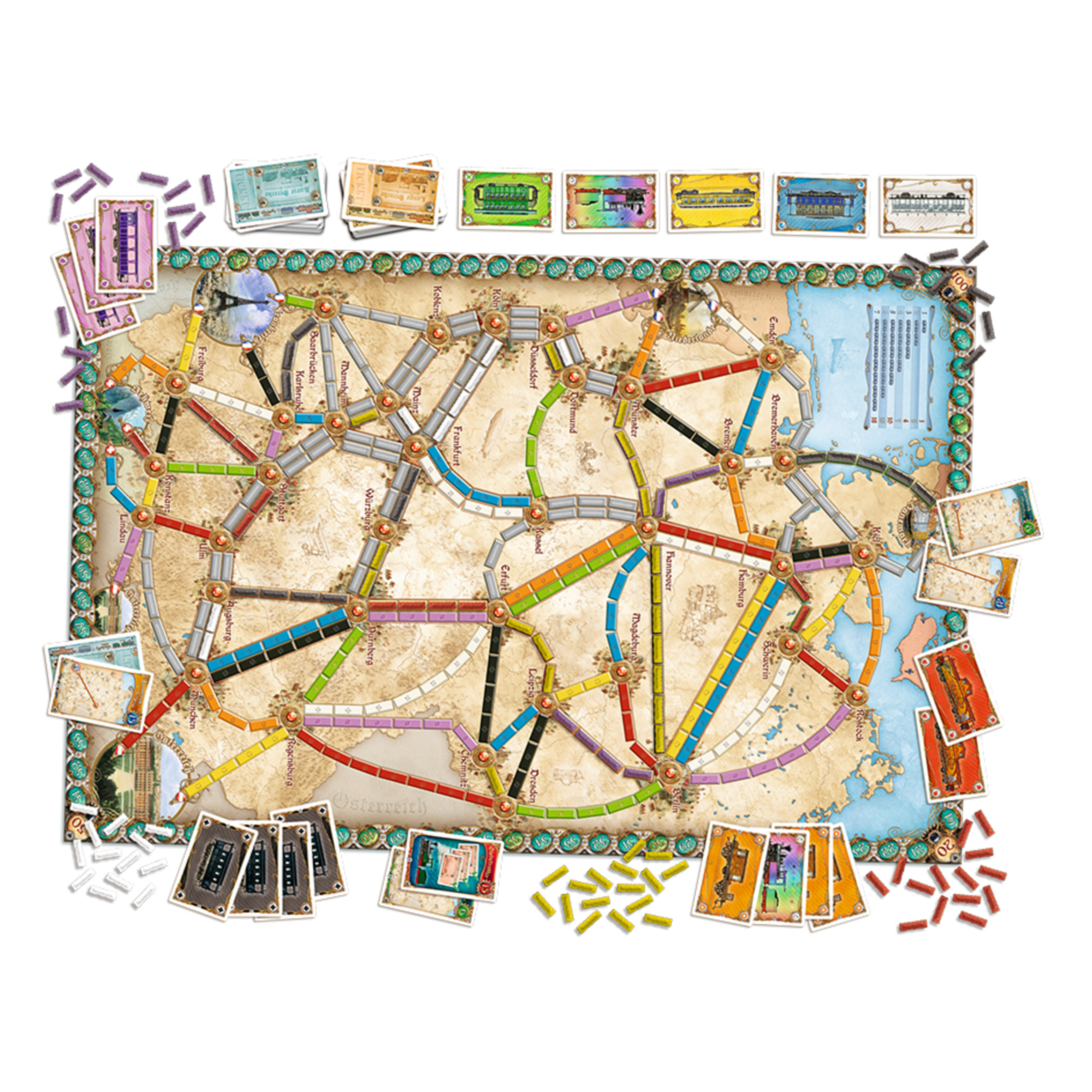 Over the course of the game, players collect cards in order to then claim routes on the game board between two cities. Ideally the players create a network of routes that connect the cities showing on their secret ticket cards. Players score points both for claiming routes and for completing tickets, with incomplete tickets counting against a player's score.

Ticket to Ride: Germany combines most of Zug um Zug: Deutschland and the Deutschland 1902 expansion in one box. Zug um Zug: Deutschland, published solely for the German and Austrian market, consisted of the same map as Ticket to Ride: Märklin, but ZuZ:D didn't include the passenger mechanism from Märklin in which players scored additional points by moving passengers from city to city. The Deutschland 1902 expansion introduced a different method of scoring passengers, and that method is now present in this collection.