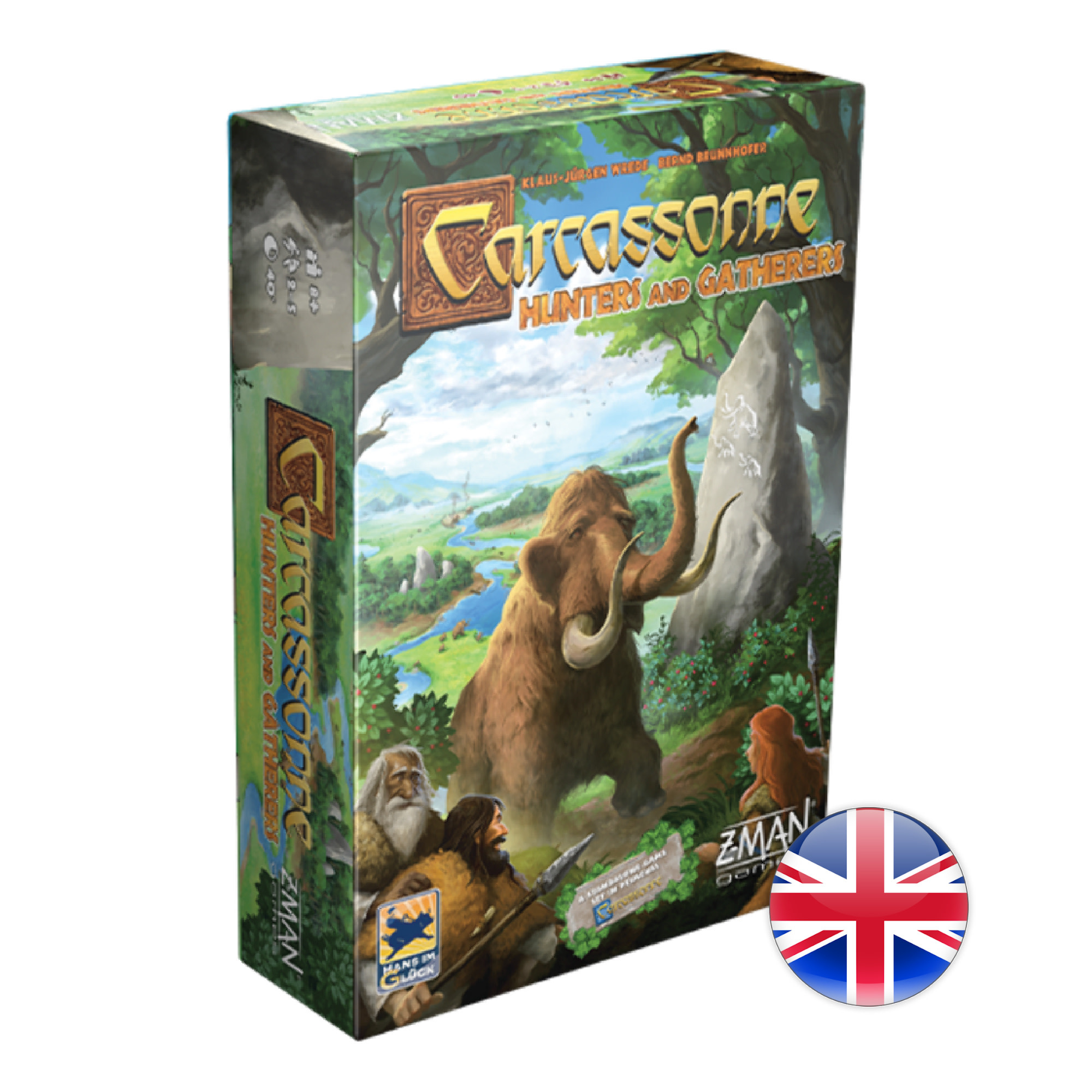 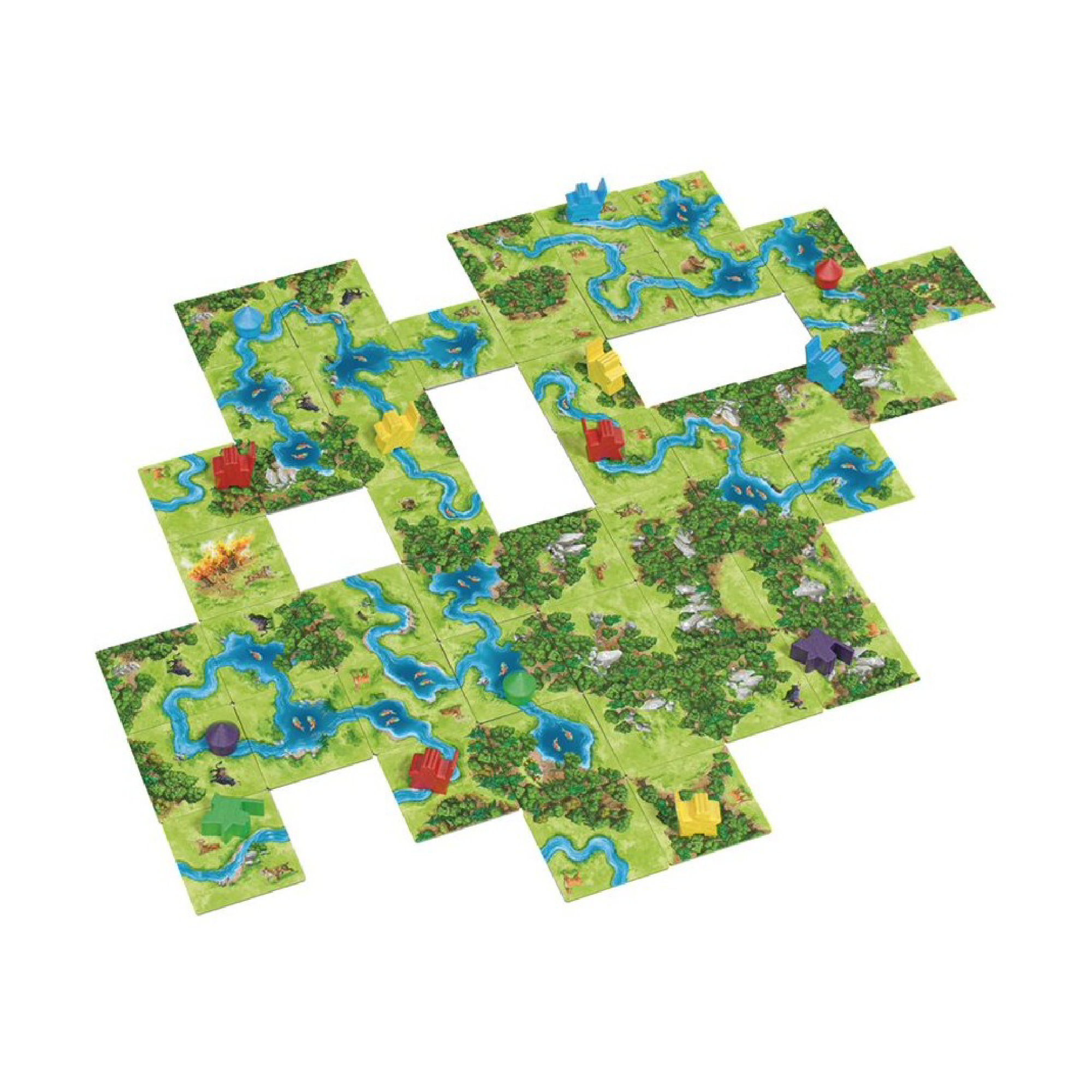 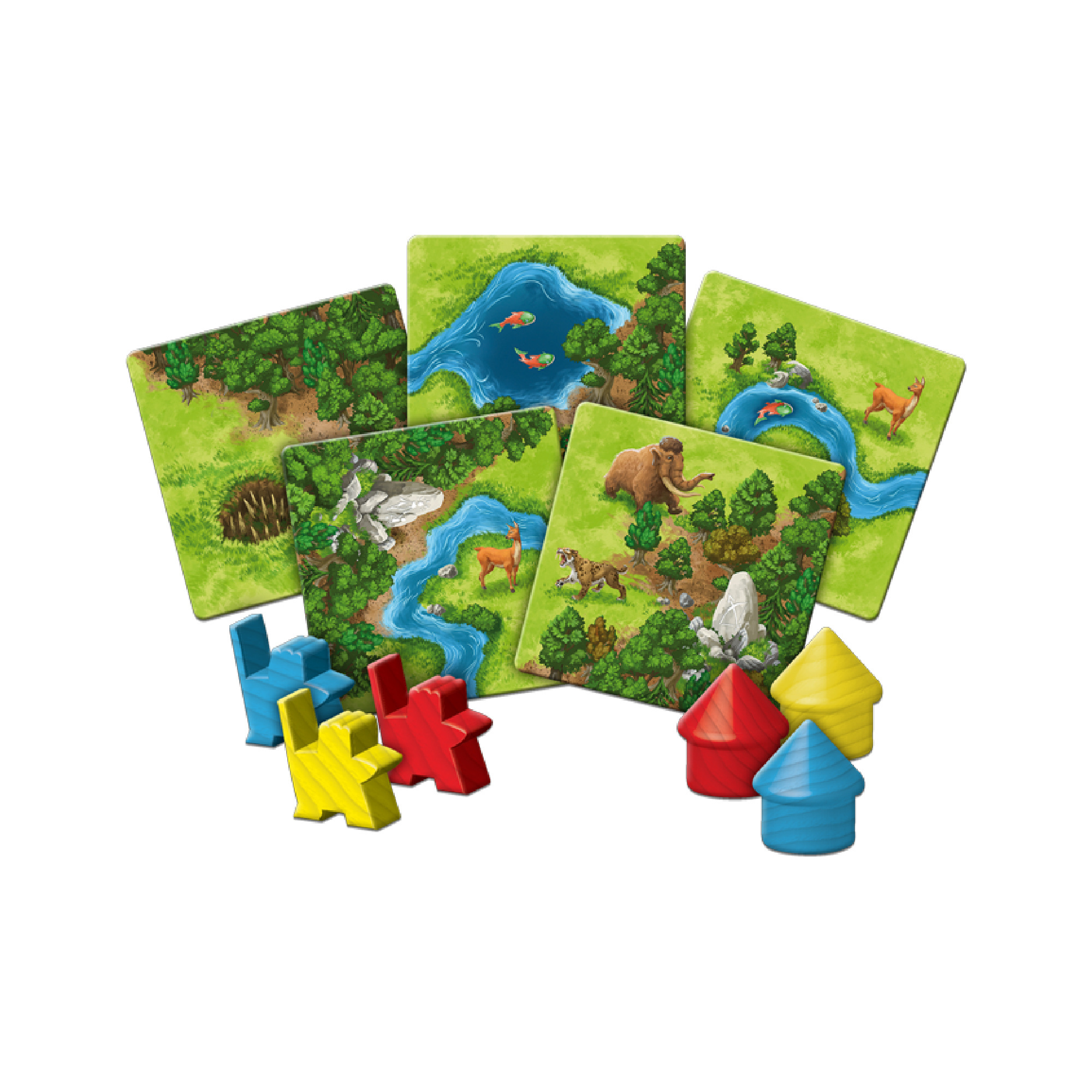 Hunt, fish, and gather in this Stone Age version of the tile-laying classic.

Carcassonne: Hunters and Gatherers is a standalone game in the Carcassonne series set in the stone age.

As in other Carcassonne games, players take turns placing tiles to create the landscape and placing meeples to score points from the map they're creating. The player with the most points at the end of the game wins.

Instead of cities, roads, and farms, Carcassonne: Hunters and Gatherers has forests, rivers, lakes, and meadows. Players' meeples can represent hunters (when placed in the meadows), gatherers (in a forest), or fishermen (on a river segment). They also have huts, which can be placed on rivers or lakes to get fish from the entire river system.

It includes many of the familiar mechanics from Carcassonne with a few new rules, including: 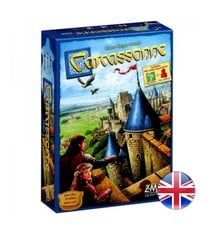 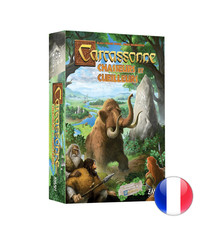