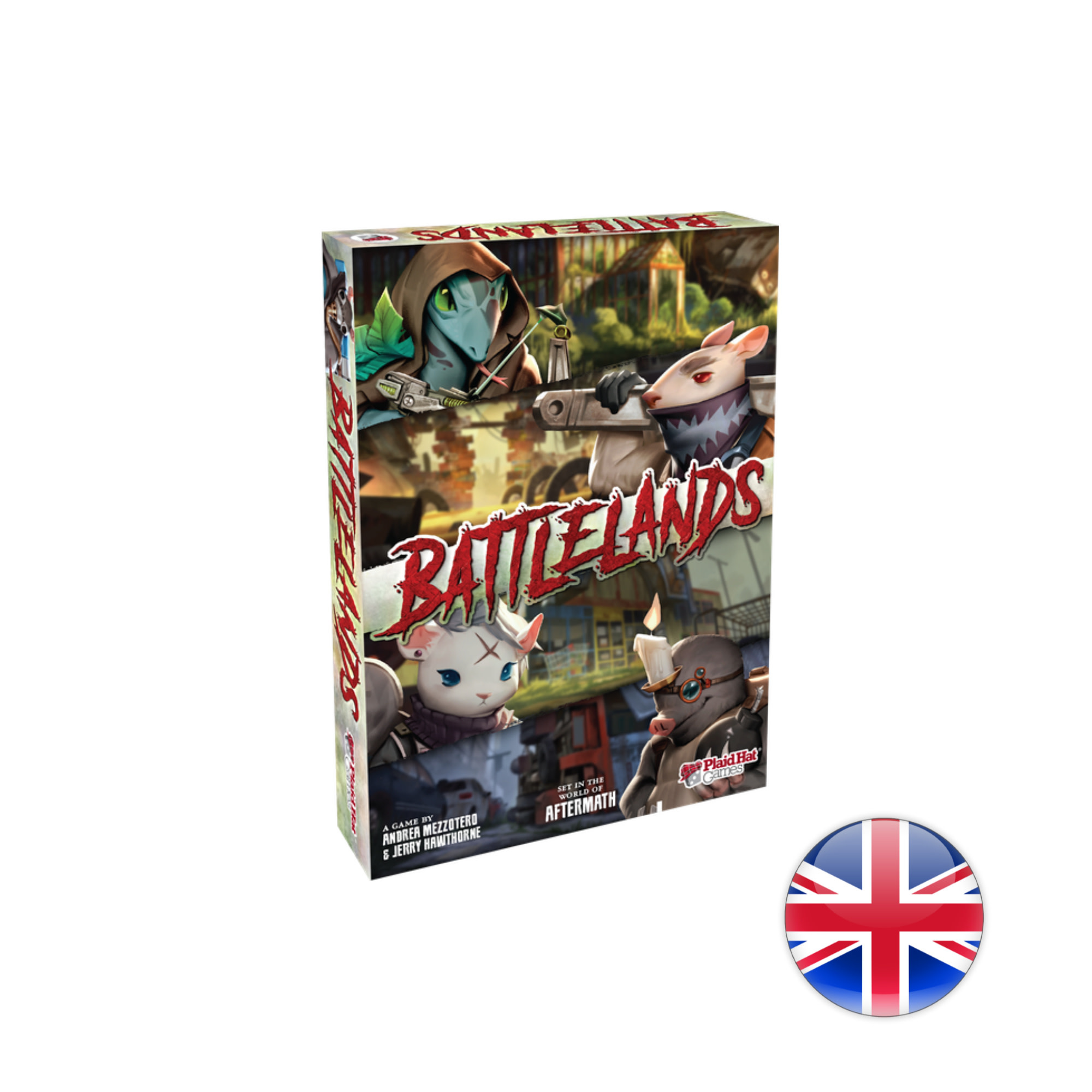 Battlelands: Aftermath Edition is a fast-paced turf war card game where 3-5 players fight over territories in order to gain the most scrap by the end of the game. Scrap can be obtained by claiming a territory or by gaining equipment cards.

There are five unique factions to choose from, each with units that have a strength number and indicators denoting whether they should be played in the ranged row or melee row. These rows are important because several units have special abilities that can alter the strengths of units in certain rows. Once a unit has been played, they cannot be picked up unless an ability allows them to be moved. Once a battle is resolved, all played units will go into a discard pile until the next war.nThere are a total of nine territories in the box, but each game of Battlelands will only have six in play. Three for each war, with a total of two wars. Territories are worth a certain amount of scrap, shown on the top left corner of each card. Players will not know the value of a territory until the battle for it is about to start, making it a gamble whether a player wants to go all-in on a battle, or wait and hope for a more valuable territory to appear. During a battle, players may choose to pass if they no longer want to compete for that territory, or believe their army is already strong enough to win. When a player passes, they’ll receive one of the revealed reinforcement cards to add directly into their hand. These cards are either mercenaries units or equipment that will add to the strength of a unit when played. Each card also has a scrap value, either negative or positive points to be tallied at the end of the game.

The player with the most scrap at the end of the second war wins the game! 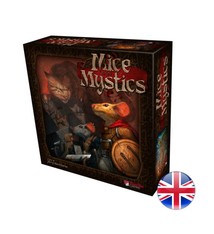 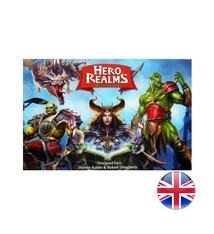 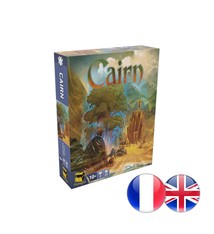