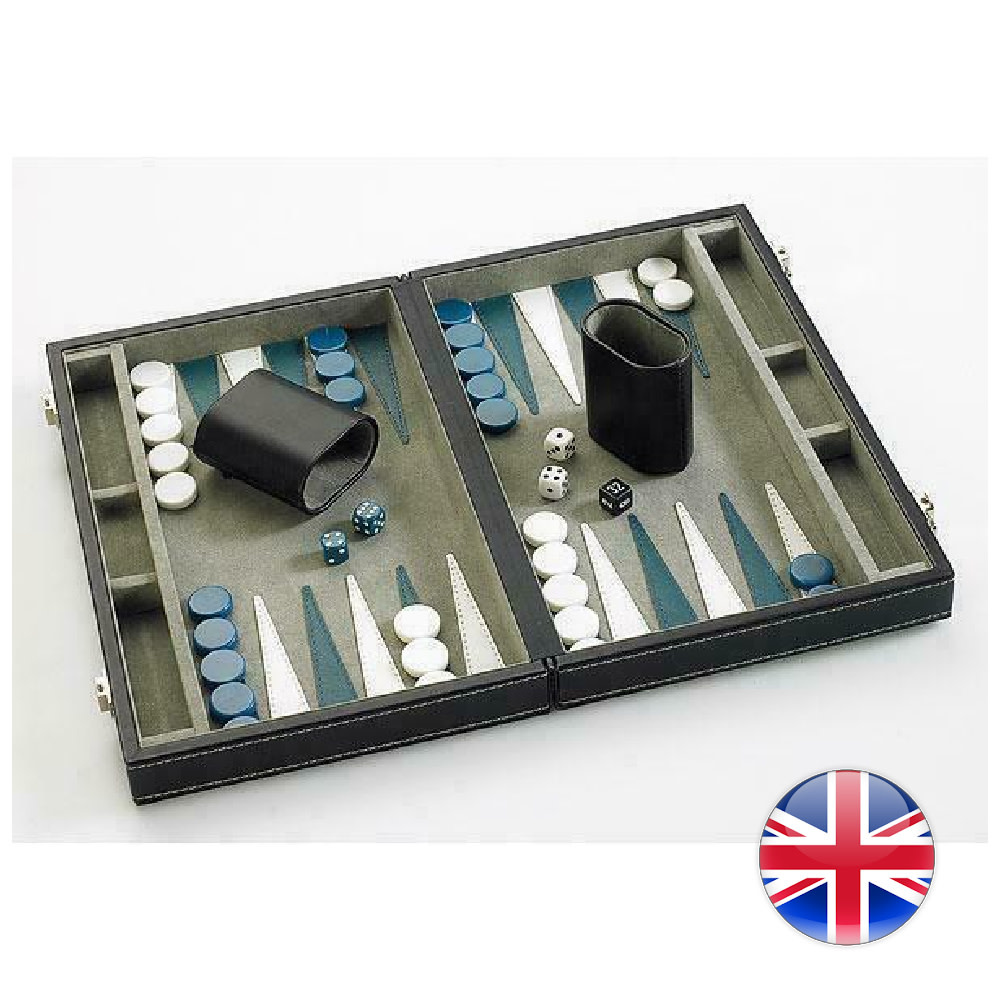 A popular classic which has been given a contemporary twist.

Packaged in an attractive metallic silver box and including a comprehensive rules booklet, this set contains everything required to play Backgammon.

Backgammon is one of the oldest and most popular games in the world and this set contains everything needed to play the game including dice, doubling dice and a set of high density plastic stones. Backgammon was first found in a Royal Sumarian cemetary in Mesopotamia. By the 15th century, it was played throughout Europe, when it was known as "tables" and it is still called Tric-Trac in parts of France. The first reference to "backgammon" appeared in 1645, "gammon" and "backgammon" being terms for double and triple wins. Its modern popularity is mainly due to the introduction of doubling dice in the U.S.A. in the 1920's. By adding a controlled gaming element, backgammon became widely played in gaming clubs and established a worthy reputation as a simple yet compelling game for two players.

Board measures 15 x 18 inches when unfolded.